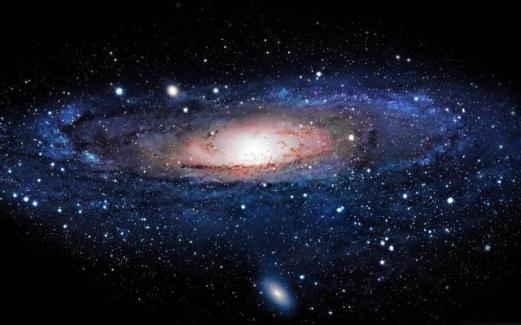 I like astronomy. I suppose my fascination with it first came about through a number of sci-fi films. I can easily escape the busyness and burdens of life by losing myself in an old Star Trek episode or imaginative films like Mission to Mars, Contact, Sunshine, Prometheus, etc. I admit that I’m a nerd like that.

Did you see Gravity? Good movie, but a little stressful. I left the IMAX theater feeling as if I had actually been to space.

So there is the “escape” aspect of sci-fi and astronomy, but it’s primarily about the mystery and wonder of the universe—a universe that God created in love ex nihilo. I can’t help but think about the majesty of it all.

“When I consider your heavens,
the work of your fingers,
the moon and the stars,
which you have set in place,
what is mankind that you are mindful of them,
human beings that you care for them?
You have made them a little lower than the angels
and crowned them with glory and honor.”

I’ve lost count of how many times I’ve looked up at the night sky, peered through a telescope, or watched How the Universe Works on the Discovery Channel and remembered the words of the psalmist.

I’ll never forget a dear philosophy and ethics professor from college describing how he came to faith by gazing at the vast star-lit sky overhead. He experienced the love of God in that moment. It transformed him.

When I survey the heavens, I too think about God’s astronomical love.

God’s love is greater than the mysterious gravitational pull of a black hole. His love is more astonishing than the mass density of a pulsar—far more brilliant than the beacon of light emitted into deep space by its revolution.

His love is the greatest force in the universe. Yet we’re not crushed by the weight of it, nor are we blinded by its light. Instead, we’re illumined by this love and set free by its salvific power. We’re made lighter in his love.

While I marvel at the beauty of the universe, and I’m left in awe by the works of his hands, it is the cross of Christ that is God’s masterpiece. It is the cross that gives meaning to love and accentuates the mighty cosmos.

The Creator’s astronomical love has been clearly revealed in the cosmic Christ. And this same Christ, through whom God created the heavens and the earth (Col 1:16), loves YOU!

Reflect on this liberating truth today, tomorrow, and as long as you have breath. Remember his love the next time you look up and see what he has made. And never forget that you are his most prized possession.

David received a B.A. in Religion from East Texas Baptist University and a M.T.S. in Biblical Studies from Houston Graduate School of Theology. David has over 20 years experience as a pastor and teacher in and outside the church. He currently pastors an Anabaptist congregation in Pennsylvania. END_OF_DOCUMENT_TOKEN_TO_BE_REPLACED
This entry was posted on Wednesday, April 30th, 2014 at 1:02 pm and tagged with astronomical love, astronomy, black hole, colossians 1:16, contact, cosmic christ, discovery channel, gravity, how the universe works, light years, mission to mars, nuetron star, prometheus, psalm 8:3-5, pulsar, sci-fi, speed of light, star trek, sunshine, supernova and posted in Deeper Christian Life, Faith & Science, Religion & Spirituality. You can follow any responses to this entry through the RSS 2.0 feed.
« The Resurrection of Jesus (Sermon)
Farewell to the Flesh »

One response to “Astronomical Love”