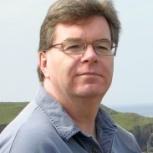 Stuart Murray is the chair of the Anabaptist Network and has a PhD in Anabaptist hermeneutics from The Open University.

He is the founder of Urban Expression, a pioneering urban church-planting agency. He has spent the last fourteen years as an urban church planter in the UK. He is also an associate lecturer at the Baptist College in Bristol.

His recent publications include: Post-Christendom: Church and Mission in a Strange New World (2004), Church after Christendom (2005), Changing Mission (2006), and The Naked Anabaptist (2010).

Stuart was gracious enough to answer a few questions for those interested in Anabaptism and the Neo-Anabaptist movement.

What is Anabaptism? How and why did you become an Anabaptist?

Anabaptism is a marginalized Christian tradition that arose in the early sixteenth century, survived vicious and sustained persecution and has become a global movement.

The Anabaptist tradition emphasizes the centrality of the life and teaching of Jesus as well as his death and resurrection, radical discipleship, the church as community, baptism for believers, peace at the heart of the gospel, truth-telling and a link between spirituality and economics. It is coming into its own as western societies transition into post-Christendom.

Post Christendom: “the culture that emerges as the Christian faith loses coherence within a society that has been definitively shaped by the Christian story and as the institutions that have been developed to express Christian convictions decline in influence.” (Post-Christendom, p.19)

I discovered the Anabaptist tradition as a young urban church planter in the 1980s and felt as though I had ‘come home’ to a way of understanding the Christian faith that was integrated, challenging and relevant.

What kind of feedback have you received from The Naked Anabaptist since publication?

The book has been well received, especially in North America by Mennonites, ex-Mennonites and others interested in the Anabaptist tradition. Some ex-Mennonite young adults have told me that it has revived their interest in and commitment to the tradition in which they were raised.

The Naked Anabaptist has been or is being translated into Spanish, Swedish, Indonesian, Korean, Japanese, German, French and possibly Portuguese.

This level of interest has surprised me, given that the book was written for a UK readership. There have also been helpful and constructive criticisms.

What is Urban Expression? What sort of work is UE doing in North America?

Urban Expression is an urban mission agency that since 1997 has been recruiting, deploying, equipping and networking self-funding teams to incarnate the gospel and plant churches in poor urban communities.

There are teams in several British cities and in The Netherlands, with new work developing in Sweden. In North America Jeff Wright, who is based in Riverside, CA, is coaching and training church planters and starting also to deploy teams. For further information: www.urbanexpression.org

Do you think there is a resurgence of Anabaptism today? If so, where do you see things going?

“The Anabaptists are beginning to make more and more sense to a world that is increasingly aware of the emptiness of materialism and the ugliness of militarism. Anabaptist logic is rooted in the wisdom of the cross of Jesus, which Scripture confounds the wisdom of this world. It seems the world is poised for a new Anabaptist movement…”  —Shane Claiborne

What would you say to those who are skeptical, even critical, of the relevancy of Anabaptism in the 21st century?

Anabaptism has weaknesses as well as strengths, as The Naked Anabaptist makes clear. We will need the insights and resources of many traditions as we grapple with the challenges we face.

Our primary commitment must be to following Jesus, not to any particular tradition, but for many of us the Anabaptist tradition has pointed us back to Jesus in helpful ways.

If different traditions have the same impact on other people, that is great.

Anabaptism has had its critics throughout the past five centuries, but many of its convictions are now widely endorsed by those whose ecclesial fore-bearers persecuted Anabaptists for just these convictions.

How do you feel about Anabaptism? Do you think a resurgence of Anabaptist ideas is due to the failure of institutional Christianity? What other historical traditions have you found helpful?

In my last post (Finding the Naked Anabaptist) I confessed that Anabaptism resonates with me more than any other historical tradition of church history. The 16th century Anabaptists were seeking a restoration of NT church life and practice. And for the most part, they did just that—paying for it with their lives.

The Anabaptists sought to recover a radical discipleship that would bring about a Kingdom revolution, not by power-over others, but instead through humble service and loving obedience to the teachings of Jesus.

The first Anabaptists believed their ideas to be rooted in NT orthodoxy and orthoproxy. They re-envisioned the Christian faith as it was before the church’s acceptance of political power and the wielding of the sword.

It was the Kingdom vision of Anabaptist leaders like Balthasar Hubmaier, Hans Denck, Conrad Grebel, and Michael Sattler that began a movement, lived on in several traditions (e.g. Mennonites, Amish, Brethren in Christ, etc.), and is alive today among “Neo-Anabaptists”—folks who ascribe to Anabaptism, but have no historic or cultural links to them.

In fact, it appears that an increasing number of evangelicals are leaving what’s left of Christendom and embracing Anabaptist convictions.

Stuart Murray, author of The Naked Anabaptist (2010), says that Anabaptists accepted the basic ecumenical creeds of the early church, but they wanted to go beyond theological statements to a description of Christian behavior.

The following is a list of seven core convictions set forth by The Anabaptist Network, expounded upon in Murray’s book. These core convictions are aspirations of an Anabaptism creatively at work in the world today:

How do you feel about these seven core convictions set forth by The Anabaptist Network? Which conviction(s) do you agree or disagree with? Is there a conviction that resonates with you more than the others?