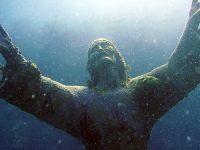 I survey my Facebook newsfeed and see the stuff coming from my conservative and progressive friends and I’m like, “Say what? Huh? Seriously? You believe that? Are you reading your Bible? What about this other verse? Jesus said more than that. C’mon, really?” (facepalm)  Jesus, where are you in this mess?

I’m active, but I’m not a hipster activist. I don’t think I have to weigh in publicly on every hot button social issue. I don’t think my opinion is that important, nor do I think it matters as much as my ego would have me believe some days. I don’t want to add to the noise. (sigh) Really, I don’t.

One of the reasons I continue to blog, for now, is that people tell me all the time how I write what they feel but have trouble expressing. So it appears that I’m connecting with an overlooked audience. If I can be a voice for the voiceless and encourage others, I’ll keep sharing my views via the blogosphere.

It’s unfortunate that the voices in the middle often get drowned out in the debates between polarizing extremes. The pendulum swings back and forth, and I’d like to think I see this happening most of the time. I’m trying.

My sincere desire is to help call us back to the center.

While I often question the effectiveness of posting anything to the web, especially on social media, I do feel that I have a responsibility as a pastor to people and a teacher of the Scriptures to bring clarity, if possible, in an effort to encourage and challenge the church where I see it’s needed, knowing full well that it’s the Spirit that changes us. I’m just a conduit of God’s grace.

For me, that often means addressing neglected or misrepresented theological and biblical issues, even if it’s a bit risky in doing so. I think it comes with the pastoral territory. It’s also part of the prophetic ministry.

God Doesn’t Freak Out, But He Is Concerned

In response to the recent SCOTUS decision in favor of same-sex marriage, the progressive blogger Benjamin Corey posted on how God isn’t freaking out.

It’s clear that Corey is trying to challenge the conservative fundamentalists who think God’s wrath is about to be unleashed, as if all of the other American atrocities haven’t been enough to trigger it. He makes an excellent point.

I’ve sat down face-to-face and listened to Corey’s heart for the church at a joint in PA. He is an extremely nice guy. That doesn’t always come through on his blog. While I don’t agree with all of his positions, like celebrating the SCOTUS decision as progress, I’d like to simply respond to what I sense is the theological pendulum swinging too far to the left to make his point.

In this case, you might read Corey’s post, and others like it, as saying Jesus has done away with wrath altogether (i.e. if it hasn’t come yet, it never will). Maybe he doesn’t think that, but you could be led to believe it. So let me respond to the biblical “wrath” idea, because I think it’s too often misunderstood.

To be clear, this isn’t about my brother, Ben. It’s about the biblical concept of wrath. Please allow me to challenge the thinking that there is no such thing.

Regardless of what you think about the SCOTUS decision, I’d like to try and bring some clarity and balance as it pertains to God’s wrath, in light of Christ and the NT. For what it’s worth, here is how I understand it.

Jesus’ central message was about the coming Kingdom–salvation of sinners, release for the captives, sight for the blind, the year of favor and blessing (Matt 4:17; Lk 4:14-20). He didn’t come to condemn the world, but to save it, welcoming all those who would believe (Jn 3:16-17). Good news, right?

He showed outrageous love and mercy to the worst of the Jewish community, and taught us to do the same for Romans (Gentiles). God then extends his agape fellowship to the whole world–initiated with Abraham, made evident in Jesus, to be lived out by his church. That’s the story in a nutshell.

As so far as he is quoted in the gospels, the Jewish Jesus reserves judgment and “wrath” language for Jewish religious skeptics and hypocrites (Matt 23:13; Lk 10:13). This ought to be sobering for all of us who count ourselves among the “chosen” and elect of God. His harshest words are for the religious.

But did you catch that? Jesus’ primary audience was Jewish. He even said that his ministry was to the children of Israel (Matt 15:23). So, Jesus isn’t interacting much with Gentiles, certainly not with all of the particular vices common among them, including homosexuality.

Yes, that’s why, “Jesus doesn’t say a word about it.” It wasn’t an issue among religious Jews. It was clear and settled for them. But he did talk about the original design for sexuality and marriage (Matt 19:1-12), and its eschatological trajectory (Mk 12:25). It’s his Kingdom effect on human sexuality.

Jesus referred back to what God intended before the Law, allowances, concessions, and “no fault” divorce, before humanity brought on confusion caused by rebelling against the good order of God, and then he pointed us forward. It’s his love his way that truly wins.

Now back to wrath.

Jesus said some tough things that are not politically correct, nor do they sit well with our individualistic, post-modern, nice, therapeutic, new-age spirituality that’s so prevalent today. Have we really accepted this? He said there will be sheep and goats (Matt 25:31-46). At the end of human history, some will be turned away for not being true followers (Matt 7:22-23).

I’d call that “wrath.”  This is Jesus of Nazareth. Let’s deal with it.

The OT presented shadows of God. Christ in the NT is the reality (Col 2:17). We know what God is really like by looking long and hard at this Jesus—the Jesus who does warn of a final judgment. There’s no way around it, folks.

And we can’t leave out John’s depiction of Jesus in Revelation. Here we have an apocalyptic vision of Jesus judging the nations by the power of his word (Rev 19:15). He merely sorts it all out in the end by the word of his mouth.

In the meantime, something that often goes “unseen” is happening to evildoers.

Paul, apostle to the Gentiles, writes, “The wrath of God is being revealed from heaven against all the godlessness and wickedness of people, who suppress the truth by their wickedness…” (v.18) and a few verses later says, “Therefore God gave them over in the sinful desires of their hearts…” (v.24 – italics mine).

Paul says wrath is indeed being revealed. How is this happening?

According to Jesus and Paul, it’s built into the very system of creation and fall. Wrath is revealed as people get their way and do their own thing to the point of consequence. No fireballs from heaven. No divine warrior or butt-kicking stuff. Just sowing and reaping.

Greg Boyd describes it as God’s “boomerang justice” or us getting what is coming to us. Hindus call it karma, the Scripture calls it wrath. It’s the great cosmic equalizer. It’s God’s universe correcting itself.

Therefore, Paul can say that God gives people over to their sin in order to experience the natural consequences of exchanging the glory of God for lies of the devil and the flesh. He means to say that indulging in and celebrating sinful behaviors as a society and culture is in and of itself revealing (in time) the wrath of God. We sow the wind, we reap the whirlwind (Hos 8:7).

The wrath doesn’t always come immediately, it comes slowly and is perpetuated by more evil that in time brings about hell on earth—chaos, destruction, and ultimately death. Whether it be slavery or sexual licentiousness, if not repented of, it leads to more evil. The “wrath” that follows is part of God’s divine program, if you will, coded into his good creation, working to self-correct.

We call it “God’s wrath” because it’s his holy programming, his divine laws, his order to the cosmos. He wired it that way, so he takes full responsibility.

An Invitation to Enter Grace

God’s grace to us is that Jesus absorbs the wrath of the system that we violated. The full consequences of our sin have fallen on him, because he chose it. He took our sins to the cross, then the grave, and set us free in his resurrection triumph. We broke his world, but he is fixing it.

The NT does not teach that we’re being saved from God, as if the Father is someone other than the Son revealed in Jesus (Jn 14:9), but instead from the wrath we essentially store up for ourselves as a result of our own rebellion against the Creator of everything, who knows better than we do.

Therefore, the invitation is to come into this Christ, to be safe and secure from all alarm, and to join him as agents of new creation. This is what God’s grace affords us! We weren’t meant to be objects of wrath, but persons of his love and affection. We were made in his image to reflect his glory into the earth, and then back to himself in worship and holy living.

To my conservative friends, if we take Jesus seriously, we need to see that God is not going after anyone with bloodthirsty vengeance. And to my progressive friends, you’re right to speak that message, but please don’t gloss over passages that bother you. To suggest such a thing is to remove any need for repentance, discipleship, and the gift we have in Christ. Let Jesus be Jesus.

Finally, I thank God for his grace received through repentance, the only way to escape the wrath we all deserve. For followers of Christ, that “wrath” meets grace and is experienced as loving discipline. For all scoffers in the culture who spurn God’s good will for human flourishing, his love will in time no doubt be experienced as wrath, in one form or another.

As long as we’re alive we can know for sure that there is hope for all of us miscreants, in this life and the next. I pray that we all will step into that costly grace and find the peace that the church and the world so desperately needs.

David received a B.A. in Religion from East Texas Baptist University and a M.T.S. in Biblical Studies from Houston Graduate School of Theology. David has over 20 years experience as a pastor and teacher in and outside the church. He currently pastors an Anabaptist congregation in Pennsylvania. END_OF_DOCUMENT_TOKEN_TO_BE_REPLACED
This entry was posted on Monday, June 29th, 2015 at 5:33 pm and tagged with boomerang justice, divine justice, divine program, final judgment, free will, gay marriage, grace, hell on earth, homosexuality, karma, love wins, matthew 19:1-11, romans 1:18-32, SCOTUS, sheep and goats, the unseen wrath of god, wrath of god and posted in Christianity, Church, Culture, Ethics, Historical Jesus, Theology. You can follow any responses to this entry through the RSS 2.0 feed.
« Flags of the Heart (The Real Problem)
Denouncing Judge Dredd (Sermon) »